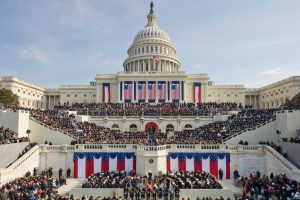 Donald Trump was inaugurated on January 20th as the 45th president of the United States. Of course, this has been a contentious election cycle. And the drama carried into the inauguration. A number of prominent senators and other important persons did not show up for the ceremony. Some took the opportunity to launch toxic attacks over cabinet … END_OF_DOCUMENT_TOKEN_TO_BE_REPLACED