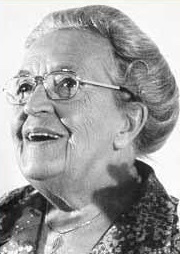 Corrie ten Boom was instrumental in rescuing over 800 Jewish refugees during Hitler’s violent regime. Her father owned a watch shop in the Netherlands. And they created a secret room where they would conceal the Jewish refugees from the German soldiers. Eventually Corrie and her family were apprehended. Her father died shortly after his arrest. … END_OF_DOCUMENT_TOKEN_TO_BE_REPLACED