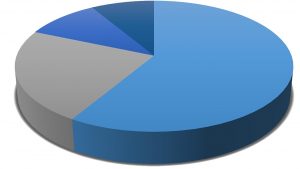 We are familiar with King David’s sin with Bathsheba. But we are also told of another sinful episode in David’s life. At the peak of his royal power, David took a census of his armies. He wanted to quantify his military might. It was an act of pride and God brought judgment on the nation of Israel in the form of a plague. Seventy thousand … END_OF_DOCUMENT_TOKEN_TO_BE_REPLACED