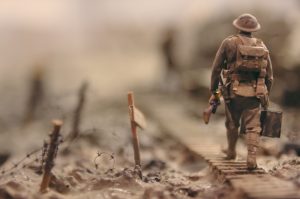 William Wilberforce was born in a bustling British seaport in the 18th century. He was a man of small stature but he exerted great influence. He was only 5ft. 3in. tall. But he had a sharp mind, a quick wit and an engaging personality. He was elected to British Parliament at the age of 20 and would work tirelessly to abolish slavery in the British … END_OF_DOCUMENT_TOKEN_TO_BE_REPLACED