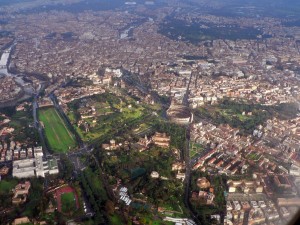 The year was 410 when Rome fell to Alaric and the Visigoths. The peace of Rome (i.e. pax romana) had prevailed for a thousand years. The Roman Empire would survive in a diminished form for another sixty years. But it was mortally wounded and would eventually fade away entirely. St. Augustine lived to see the fall of the Roman Empire. He was the … END_OF_DOCUMENT_TOKEN_TO_BE_REPLACED